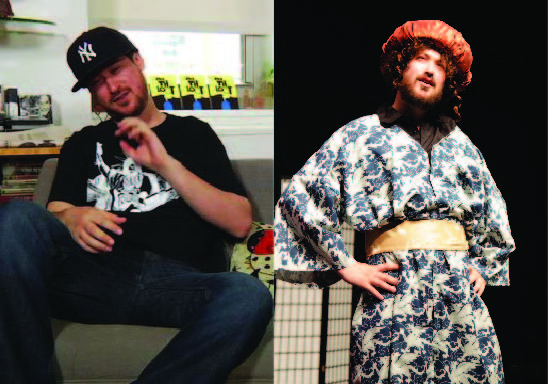 Photo Courtesy of the Artists

Ben Gassman is a playwright from Queens. His play The Downtown Loop premiered in October, 2013 at 3LD Arts & Technology Center in a production directed by Meghan Finn. His play Purimacolo, directed by Julia Jarcho, was produced as part of the 2010 Weasel Festival at 13th St. Rep. Other full-length plays include Botte Di Ferro, Tunneling, and Haircuts For Men & Boys. Sam’s Tea Shack has had developmental performances at the Silent Barn, the Bushwick Starr, and Dixon Place. Ben’s essays on theater and theater artists can be found in the Brooklyn Rail and American Theatre magazine.

Sam Soghor is NYC born and raised.  Normally, he would like to get several artisan cocktails with you at the cool bar around the corner after the show, but he has to get on the subway back to Brooklyn to do domestic stuff. Maybe in a few years…