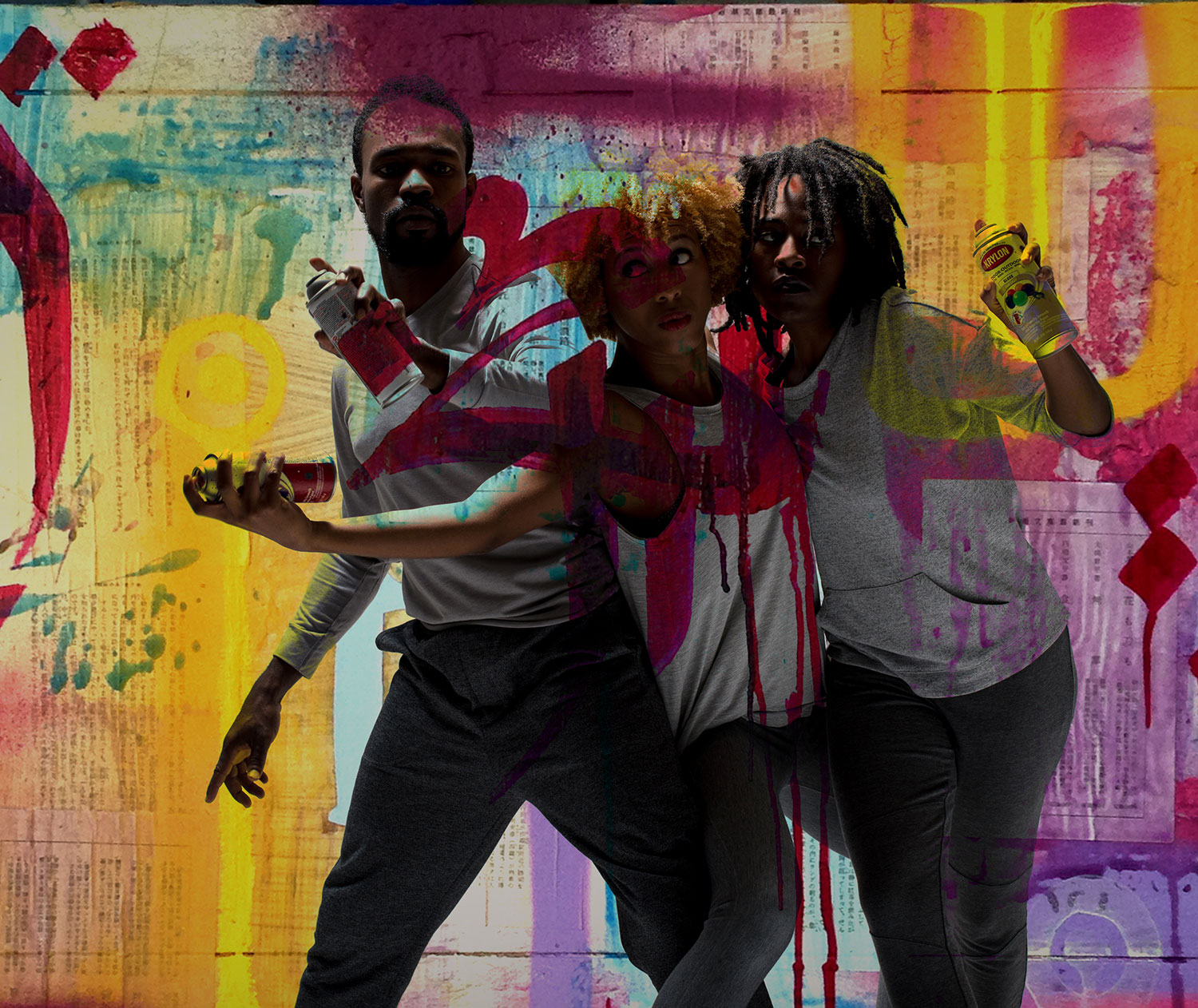 Photo Courtesy of the Artists

RPG was founded in Brooklyn 2007 as a platform to engage a new generation of audiences to performance, media, and culture. The company was formed as an artistic outlet to foster dialogue compelled by the human experience. Since the company’s inception, RPG has performed throughout NYC, domestically, and internationally.

André M. Zachery (°1981, Chicago, United States) is Brooklyn-based inter-disciplinary artist he creates performances, interactive media installations, film, and sound art. He is currently a Jerome Foundation supported 2015 Movement Research Artist-in-Residence. He earned a BFA from the Ailey/Fordham program in 2005, and MFA in Performance & Interactive Media Arts (PIMA) from Brooklyn College in 2014. He is a recipient of the Caroline H. Newhouse Scholarship Fund and Sono Osato Scholarship Award for Graduate Studies through Career Transitions for Dancers, and PIMA Outstanding Student Award in 2013. He is the artistic director of Renegade Performance Group (Brooklyn) and founding member of the inter-disciplinary collective – Wildcat! RPG has been awarded several residencies including: the Performance Project Residency @ University Settlement (2015) in a collaboration with visual artist LaMont Hamilton for the project Five on the Black Hand Side/Dapline!, the CUNY Dance Initiative at Brooklyn College (2014), and the Bedford-Stuyvesant Restoration Choreo-Quest Residency (2013).

RPG has received support from the Brooklyn Arts Council CAF & LAS grants in both 2013 (Arteries of a Nation) and 2015 (The AFROFUTURISM Series), and the Harlem Stage Fund for New Works in 2008 (Empurrar) and 2015 (Fire on the Mountain). Wildcat! was the resident collective in the inaugural PIMA Summer Institutue @ the Brooklyn College Graduate Center for Worker Education and was commissioned to perform as part of the Forward Ferguson series at JACK in Brooklyn in June 2015. Zachery was a resident media-artist at Schmiede 2014 in Hallein, Austria and received a 2015 Educational Award to art and media center Harvestworks (NYC).

Jeremy Toussaint-Baptiste is a performer, composer, and commercial independent contractor.  His work, through the lens of precarious labor, complicates notions of industry, identity, and environment and the implications of the intersections of such phenomena. He frequently collaborates with performers and fine artists, often under the alias crowns. he has presented work at the Brooklyn Museum, Arts East New York, JACK, University Settlement, Harlem Stage, as well as on Dazed Digital and Complex.com.

Upcoming: AFROFUTURISM Series at Irondale Center on November 4-7; A work-in-progress on Draftworks at Danspace Project on October 10 at 3PM.