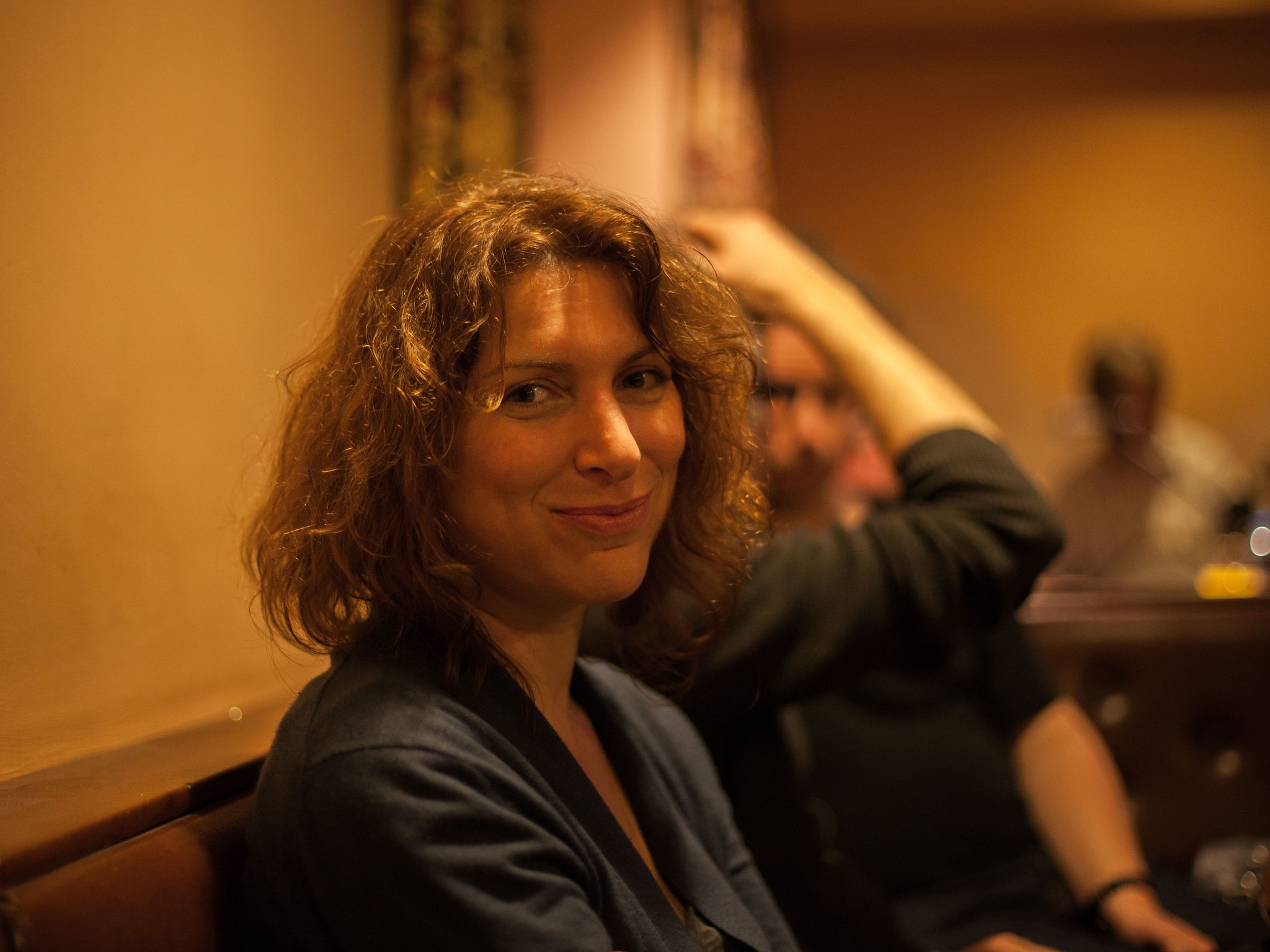 Annie Dorsen is a writer and director who works in a variety of fields, including theatre, film, dance and, as of 2009, algorithmic performance. Most recently, her algorithmic music-theater piece Yesterday Tomorrow premiered at the Holland Festival. Her previous algorithm project, A Piece of Work, has been seen at On the Boards (Seattle), Parc de la Villette (Paris), Brooklyn Academy of Music’s Next Wave Festival (NYC), and others. In 2012 she made Spokaoke, a participatory karaoke project that uses political and historical speeches in place of pop songs. That work premiered as part of Steirischer Herbst’s Truth is Concrete marathon, and has also performed at Crossing the Line Festival (NYC), at Black Box Theater (Oslo) and BIT Teatergarasjen (Bergen).

Her first algorithmic theatre piece, Hello Hi There, premiered at Streirischer Herbst (Graz) in 2010, and has been presented at over 15 theaters and festivals in the US and Europe, as well as, in installation form, at Bitforms Gallery in New York. She is the co-creator of the 2008 Broadway musical Passing Strange, which she also directed. Spike Lee made a film of her production of the piece, which premiered at the Sundance Film Festival in 2009, and screened everywhere from the Tribeca Film Festival to South by Southwest Film Festival and The Tribeca Film Festival, and was released theatrically by IFC in 2010 before being broadcast on PBS’ Great Performances. Also in 2010, she collaborated with choreographer Anne Juren on Magical (premiere at ImPulsTanz Festival Vienna) and with Ms. Juren and DD Dorviller on Pièce Sans Paroles (brut Vienna and Rencontres Choréographiques Internationales Seine-St-Denis, Paris).