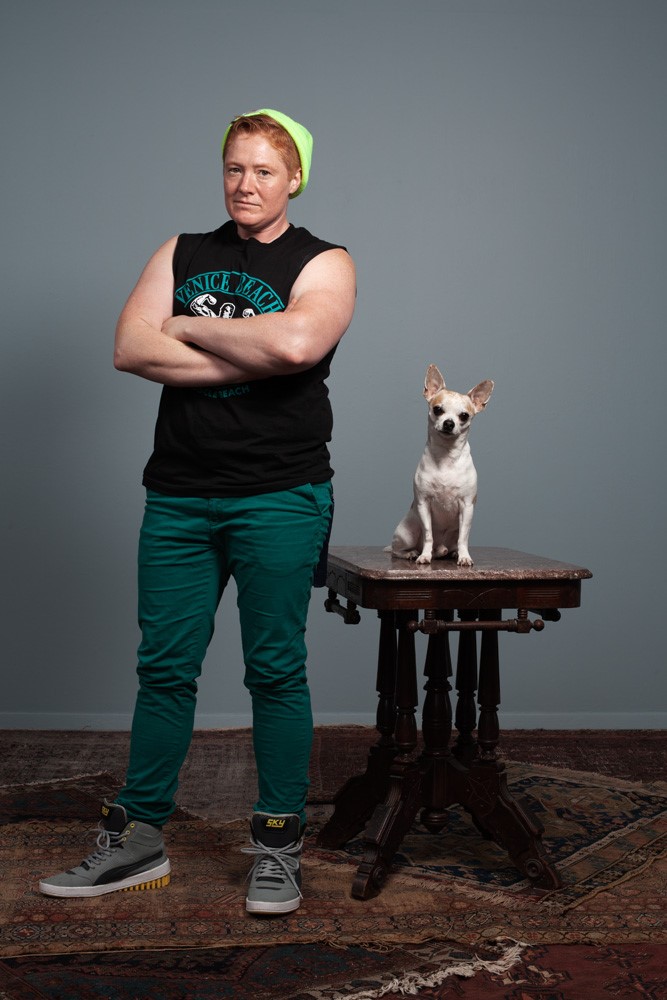 A trans actor and performer with a circus background, Becca Blackwell’s performing career includes collaborations with artists such as Jennifer Miller/Circus Amok and Young Jean Lee. Existing between genders, and preferring the pronoun “they,” Blackwell works collaboratively with playwrights and directors to expand our sense of personhood and the body through performance. Blackwell’s past roles include Lee’s Untitled Feminist Show, a textless dance theatre piece set to pop music, and Tina Satter/Half Straddle’s Seagull (Thinking of you), an adaptation of Chekhov’s The Seagull and his other comedic writings.

A regular on the web series Jack in a Box, Blackwell also recently performed in Jack Spicer’s Billy the Kid, a collaborative musical by Lisa D’Amour, Brooke O’Harra, and composer Brendan Connelly. Blackwell is currently working on They, Themself and Schmerm, based on a self-produced video (called Me, Myself and I) by the late actor Corey Haim, which will premiere in October 2015.