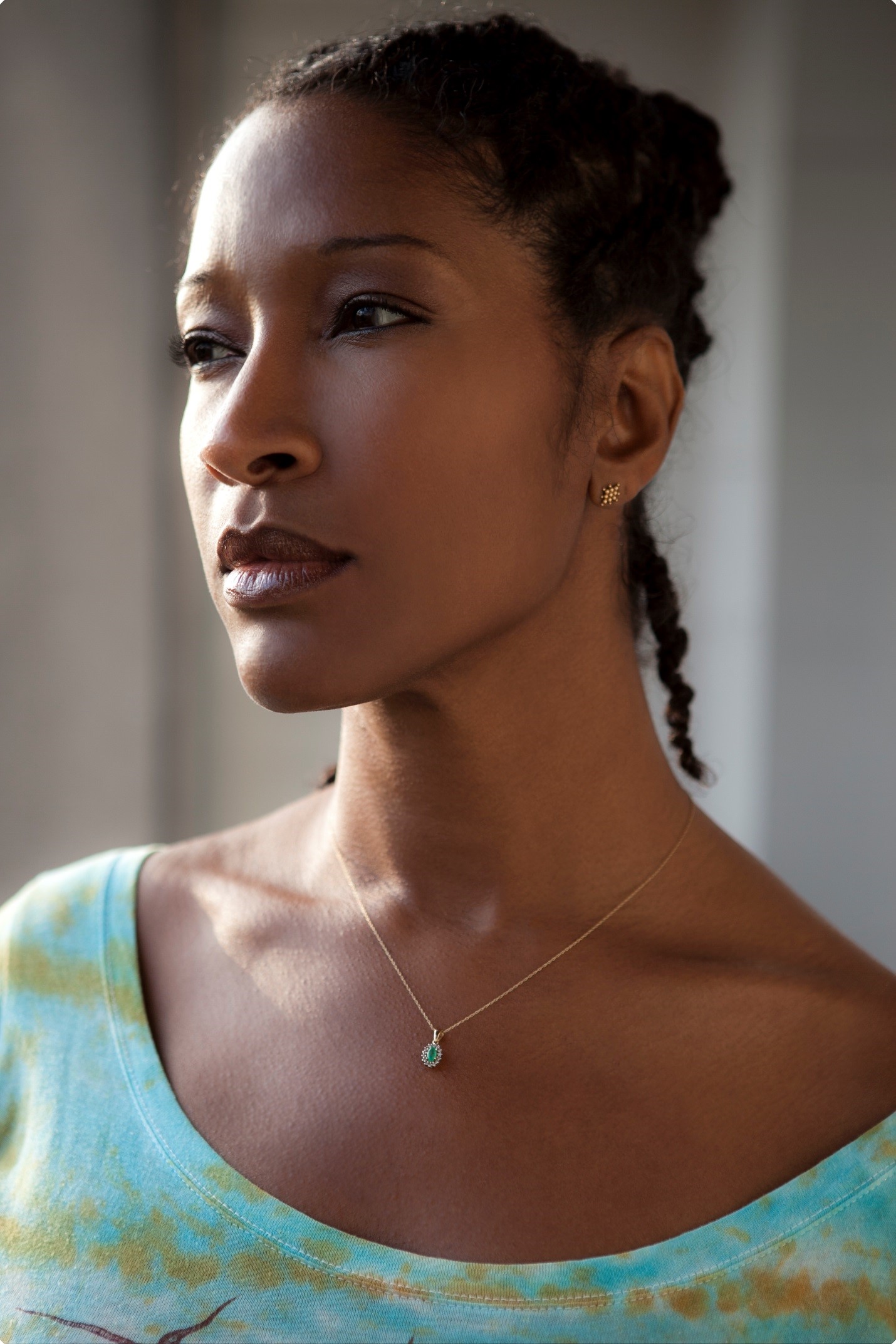 Liza Jessie Peterson is a playwright, actress, poet, educator and artivist. Liza has written several plays including her most recent one woman play The Peculiar Patriot, which embarked on a national prison tour where she performed in over 35 jails and penitentiaries across the country. She performed The Peculiar Patriot, opening for Angela Davis, at Columbia University’s conference on mass incarceration. The Peculiar Patriot recently had a successful run at the Penumbra Theater and was highly reviewed and is in production development for a national tour scheduled to launch in 2016. Her plays and character monologues have been featured in notable theater festivals and performed in various theaters, nationally and internationally. Other plays include: Lesson’s on the A Train, Chiron’s Homegirl Healer Howls, Witness the Priestess, Sistergurls and the Squirrel, and Church of the Living Womb.

Also known for her exceptional poetic skills, Liza began her poetry career at the famed Nuyorican Poets Café in the mid-90’s and was a vital member of the enclave of notable poets who were part of the “underground slam poetry/spoken word” movement before it attracted television cameras and became a national obsession. It was this electric group of artists that inspired Russell Simmons to bring “spoken word/slam poetry” to HBO where Liza appeared on two episodes of Def Poetry.  She has shared the stage with luminaries such as Nona Hendryx, Toshi Reagon, Amiri Baraka, The Last Poets, Craig Harris, Vernon Reid, Rakim, Carl Hancock Rux and Sandra St. Victor to name just a few.

As an actress Liza appeared in several feature films: Love the Hard Way (costarring with Pam Grier and Academy Award winner Adrien Brody), Spike Lee’s, Bamboozled, K. Shalini’s, A Drop of Life, (co-starring with Nandita Das which was filmed in Mumbai India), and Jamie Catto’s, One Giant Leap/ What About Me, where she was a featured and interviewed along with Tim Robbins, Eckhart Tolle, Deepak Chopra, Noam Chomsky and others.

Liza has taught theater and poetry to urban and incarcerated youth for more than 15 years and counting. She created and developed The Urban Folktale Project, where her students created original plays based on their most pressing issues and performed it at several theaters around New York City. The project was so successful that it received a grant from Russell Simmons’ Rush Philanthropic Arts Foundation. The Urban Folktale Project has successfully produced three plays. Liza remains steadfastly committed to this population of youth (both at Rikers Island and at community based programs) where she has discovered inspiration and light in a dark place.

Upcoming: Her book, ALL DAY; A Memoir of Love and Survival Teaching Incarcerated Kids, is scheduled to be released 2015